Top-10 Esports Teams of 2021 and Their Gaming Chairs

Reading Time: 9 mins read
ChairsFX is reader-supported. Buying through links on our site may earn us commissions (as an Amazon associate or from furniture brands). This has no influence on our editorial content. See our Affiliate Disclosure for details.

What gaming chairs did top esports pros use this year? Answering that question sheds light on the gaming chair industry. Many generic brands sell only to consumers. Only a handful make chairs also marketed to elite esports pros. If you’re looking for pro-tier sitting support, tracking pro chair usage helps. To that end, here are the top-10 esports teams of 2021 and their official chair partners.

A few esports tournaments are scheduled through to the end of December. Even so, the big-money tournaments are all in the books. This year, Team Spirit was the runaway earnings leader, with over $18 million in prize money. In comparison, 2nd-ranked Paris Saint-Germaine Esports earned $5.8 million in winnings.

Here are the top-10 esports teams of 2021 (based on earnings) and their official chair partners. Rankings data from esportsearnings.com).

The world’s most lucrative esports tourney was canceled because of Covid in 2020. In 2021, the International returned with an $18.2 million first prize. With $500,000 earned for the year, the Russian-Ukrainian squad Team Spirit took home the top prize. As a result, they were the highest-earning esports team of the year, with $18.7 million in the bank.

Founded in 2015, Team Spirit is a Russian-based esports team. They field squads in CS:GO, Hearthstone, and Dota2. Before winning the International 10, the squad had enjoyed moderate success. The team’s partners include Nike, Redbull, and HyperX. They don’t have an official chair partner.

2021 Winnings: $5.8 million
To win the International 10, Team Spirit defeated French squad Paris Saint-Germain Esports. By placing second, PSG earned $5.2 million. For the year, that brought their winnings up to $5.8 million.

Based in France, PSG Esports was founded in 2016. Its parent club is Paris Saint-Germain F.C. The squad competes in FIFA, League of Legends, Dota 2, and other titles. The team has no chair partner. Official partners include Monster Energy, Twitch, American Express, and Philips.

Based on career earnings, Natus Vincere (NaVi) is the 7th most successful esports team of all time. In 2021, the team signed a partnership deal with Anda Seat. Soon after, they went on to enjoy the greatest success in CS:GO history.

This year, the team was a juggernaut, winning all of the year’s major CS:GO tournaments. As a result, they earned $3,775,500 from CS:GO, the most prize money earned from the game in a calendar year.

The official NaVi team chair is based on the Anda Seat Dark Demon. That’s an Anda Seat original that was revamped earlier this year.

It sports a flat, ridgeless seat with a height range of 16.9-21.2″. That suits sizes 5’6″ to 6’8 with slim )or moderately thick) figures. Highlight features include 4D armrests, a multifunction tilt, and deep recline functionality.

Like all Anda Seat gaming chairs, the NaVi edition comes standard with a 2-year warranty. But by sharing a photo of your chair on social media, you qualify for upgraded 6-year protection.

There’s a dark and yellow edition. Both are available on the same page, for the same price. If you’re in the US, EU, or UK, click the button to access the appropriate Anda Seat store for your region:

Team Secret was one of the favorites to win the International 10. Founded in 2014 by “Puppey” Ivanov and “Cyborgmatt” Bailey, they have over $10 million in career earnings, most from playing Dota 2.

Instead, they placed third, adding $3.6 million to their 2021 earnings. Since 2018, the team has partnered with Secretlab.

The Team Secret edition comes in black leatherette with sleek detailing. At a glance, the team’s logos stand out on the front and back of the chairs.

Take a closer look and you’ll notice more. The side wings are silver carbon, accented with angular detailing. It’s an understated, intelligent design that reflects that team’s style.

Team Secret x Secretlab chairs are available in three sizes. All are available from Secretlab for residents of North America, the UK and EU, Oceania, Singapore, and Malaysia.

Qiao Gu Reapers is a generic Chinese squad with less than $1 million in earnings since 2015. In 2021, the team broke through to the big-time playing Arena of Valor. 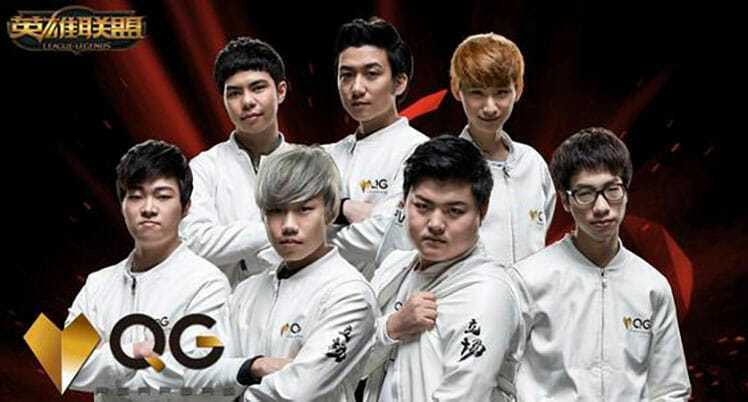 Winning the Honor of Kings World Champion Cup earned them $3.2 million (76% of their annual earnings). That’s a late-summer Chinese tournament run in Chongqing, Shanghai, and Beijing.

Like most small-time Chinese squads, they don’t have a chair partner. Even so, now that they’ve broken through to the big time, that might change in 2022.

Based on career earnings, Invictus Gaming ranks 11th overall. In 2021, this Chinese squad placed fourth in the International, earning them $2.4 million. For the year, that brought their winnings to $2.8 million.

Since Oct. 2020, IG has partnered with Secretlab. That spearheaded the launch of Secretlab retail sales in China as well. Sadly, the Invictus Gaming edition chair is only available in China.

It’s a 2-tone black and white leatherette model. The team’s name is emblazoned on the back, while its logo decorates the front of the chair. 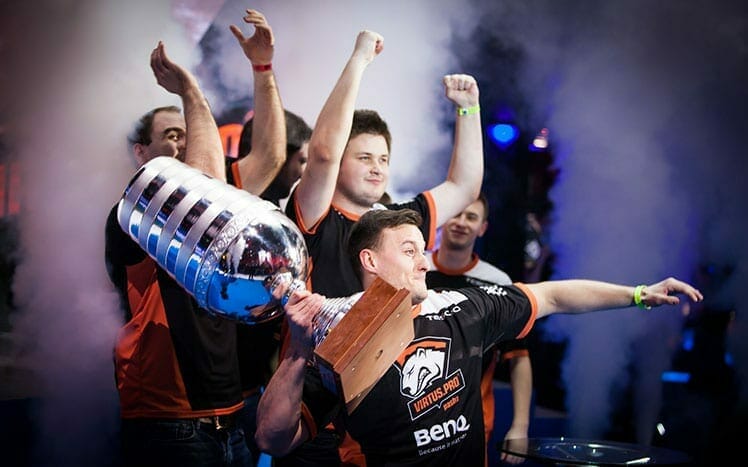 This year, the team placed 5th in the International 10. That earned them $1.4 million. For the year, they earned $2.5 million total (most of the rest came from playing CS:GO).

The team’s partners include HyperX, Haval, and Fragstore. Their last chair partner was a 1-year deal with DXRacer in 2019. At present, the team doesn’t have a chair partner.

Moscow-based Gambit Esports was established in 2013. The team competes in Apex Legends, Dota 2, Fortnite, Valorant, and CS:GO. In 2021, $1.4 million of its $2 million in winnings came from competing in CS:GO. Out of 17 CS:Go tourneys they competed in this year, they won nine and placed second in two others.

The team’s partners include Russian telecom giants and crypto companies, but no chair partners.

In 2020, the Atlanta FaZe ranked 9th for the year in earnings with $1.1 million. This year, they also ranked ninth, earning $1.9 million playing Call of Duty. 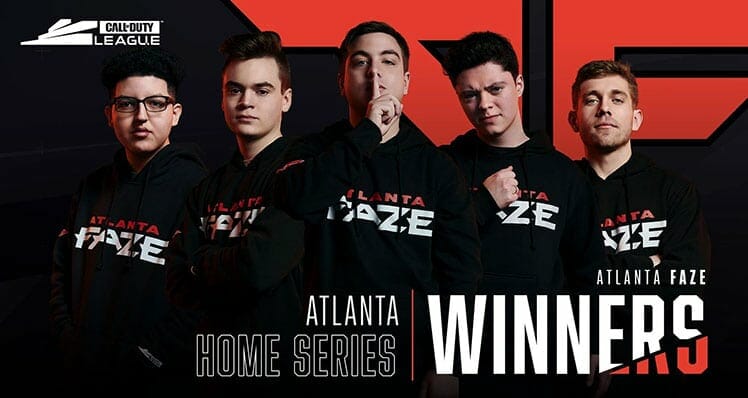 The team’s partners include Scuf Gaming and GameFuel. In early 2020, the team also signed a chair deal with Respawn.

The official chair of the Atlanta Faze is the Respawn Sidewinder. Given the chair’s basic features, this choice seems more for marketing than performance-boosting.

The Respawn Sidewinder comes with prosumer features. Those include 1D armrests and a tiny backrest recline of 107 degrees. It also has an ‘integrated’ lumbar support. That’s basically a plastic, non-adjustable curve built into the backrest.

South Korean esports powerhouse T1 Esports rose to fame playing League of Legends. In a blistering run, the team won the 2013, 2015, and 2016 Finals. In the process, team captain Lee Sang-hyeok (aka Faker) became a legend as well.

He’s the first LCK player to have reached 2,000 kills. He’s also one of the only two players to have won the League of Legends Worlds three times.

Since then, the team has enjoyed tepid success as they try to recapture lightning in a bottle. This year, they placed 4th in the LoL finals, earning $178,000. Now 25 years old, Faker’s play was well below his peak years – is he too old now? The bulk of their winnings came from placing 8th in the International, earning them $1 million.

Watching superstars go on a magical run is bittersweet. After they hit the peak of that run comes an eventual fade from glory. One bright side for T1 is that they have some of the most attractive team chairs on the market.

T1 has been a Secretlab partner since 2019. Earlier this year, Secretlab upgraded from 2020 to 2022 Series chairs. In the process, they also updated the T1 chair design.

The new design features maroon leatherette with crisp detailing. T1 wings flow over the front of the chair in dark red. Contrasting the wings is T1’s logo in white leatherette. Completing the look is the Secretlab logo and #T1WIN embroidered in black.

For a closer look, see this review of all Secretlab Pro Esports Partner Designs.

In 2020, Covid lockdowns put a serious dent in esports earnings. As a result, the top-earning team of the year only won $2.4 million in prize money. In 2021, Turno Gaming would have ranked 8th.

For a closer look at each team, check this report:

Meanwhile, among world-leading streamers, the majority have switched from gaming to ergonomic office chairs. For instance, mega-streamer Pokimane recently swapped her Noblechairs Epic for a Herman Miller Aeron. To learn more about streamer chair trends, see this feature:

What Chairs Do World-leading Streamers Use? 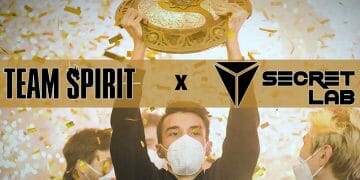 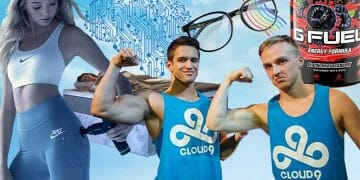