Get over here!!! New Mortal Kombat gaming chairs from Cybeart

Generation X classifies those born between the mid-1960s to early 1980s. Now in its peak earning years, this generation drives pop pop culture trends. Mortal Kombat is one of the most iconic video games of that era. The Mortal Kombat movie premieres April 23. In advance of that, Cybeart has released a line of Mortal Kombat gaming chairs. GET OVER HERE and kick your nostalgia into overdrive.

The Mortal Kombat video game came out in 1992. The same year, Michael Jordan won his third NBA MVP award. Nirvana and Pearl Jam were hot. The Super Nintendo Entertainment System (SNES) was the dominant console. Playing MK in a living room with a dozen screaming pals is one of my favorite memories of the 90s.

Sub-Zero and Scorpion were my guys. Hours would pass by in a blur of snacks, screaming, and good times. If you remember this video game as fondly as I do, these new Cybeart chairs should hit right in your nostalgia. 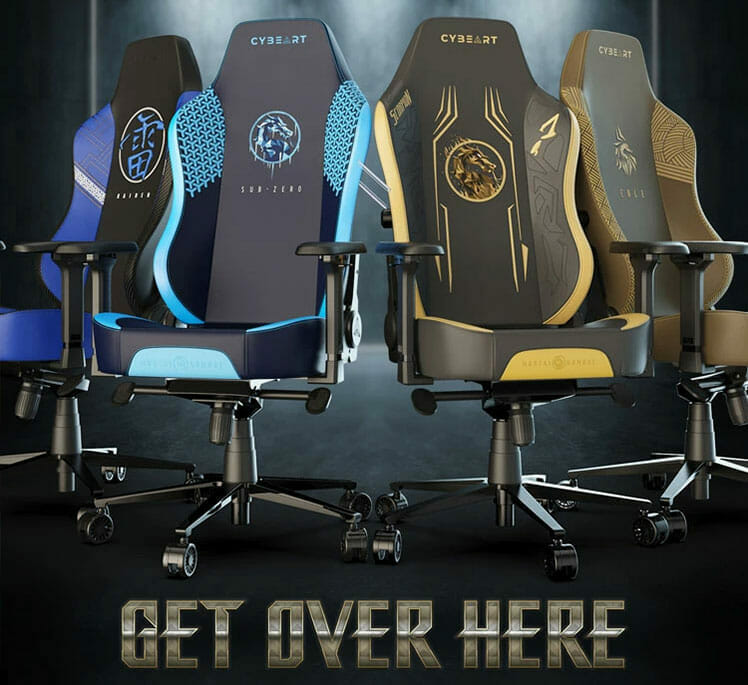 Chairs are only available for sale in Canada. Check our Cybeart Introduction article to learn more about Apex Series specs.

There are four chairs in the Mortal Kombat collection. Before we get into each design, get hyped with this MK trailer:

Back-story: Mortal Kombat is a multiverse, with different ‘realms’ or dimensions ruled by gods. Each has the ability to conquer and absorb the power of other realms. To maintain order, elders laid down a rulebook. Conquering and merging can only happen by invoking Mortal Kombat.

The main antagonist in the storyline is Shao Khan, the brutal ruler of the Outworld realm. He made his debut in Mortal Kombat II as the final boss.

Raiden is the God of Thunder and protector of Earthrealm. He has appeared as a playable character in every single MK edition. To repel a looming threat from Shao Khan’s Outworld, he started a sect of Shaolin monks. The White Lotus Society trained warriors to fight for Earthrealm in Mortal Kombat.

Raiden is a tough foe with many powers. He’s faster than lighting. He can also summon lightning bolts at will. On top of that, he can slash with electric blades and block attacks with a forcefield.

Energize your posture with this electrifying ergonomic design crackling with raw power. It’s a two-tone black and blue design with a White Lotus Society emblem on the front. On the back, Raiden powers up in tri-colored embroidery to vitalize your workspace.

In MK lore, Bi-Han and younger brother Kuai Liang are Cryomancers, able to generate and control ice. After Scorpion killed Bi-Han in the first MK tourney, Kuai Liang assumed his role as Sub-Zero.

Sub-Zero is an enigmatic hero with strong moral principles. He can temporarily freeze enemies at a distance, then shoot in with an uppercut to knock them cold.

Be careful not to freeze up at the sight of this super-cool design. Against a navy base are an icy Mortal Kombat logo and frosty wing patterns. The back shows a closeup tri-colored profile of the Ice-Man in a deep chill-zone.

Hanzo Hasashi is a ninja resurrected by Raiden to become Scorpion. Like Raiden, he is a playable character in every edition of the game. He’s a misguided antagonist, following the side of evil to seek revenge for past wrongs.

Scorpion can shoot fireballs and teleport behind opponents. His coolest move is to shoot out ropes (or chains) tipped with Kunai spears. After the spear impales the opponent, Scorpion yanks the chain. That hurtles the opponent towards him for an easy fist smash.

GET OVER HERE!!! A blade between your ribs and a light yank can pull you into the comfort of a Scorpion gaming chair. It’s a dark design with yellow accents. On the front is an embroidered MK logo and notorious scorpion spears. Teleport behind the chair for an embroidered closeup of the Stingmaster himself.

This is a new character added to the movie as a plot device. Cole Young (played by Lewis Tan) is a washed-up MMA fighter. A dragon-shaped birthmark grants him entry into the MK world.

He plays the role of a fresh face needing to get caught up on MK lore. Producer Todd Garner says that the back-story is too complicated for non-fans. Cole Young’s role is to clear that up. “Cole asks the questions, ‘Who? What’s happening?’ and he gets the answers.”

As Cole leads you through the nuances of the film, his chair will soothe the nuances of your spine. Embroidered on the back of the chair is Cole’s Mortal Kombat armor. The front is a two-tone caramel design with bamboo-esque wing accents and a dragon logo.

Cybeart has an official deal with Warner Bros. to produce licensed gaming chairs for Canadians. Before the MK line, the company had released a series of Justice League gaming chairs.

These are luxury chairs with high-end features and a 5-year warranty. In the future, look out for new licensed designs built upon Apex Series gaming chairs. 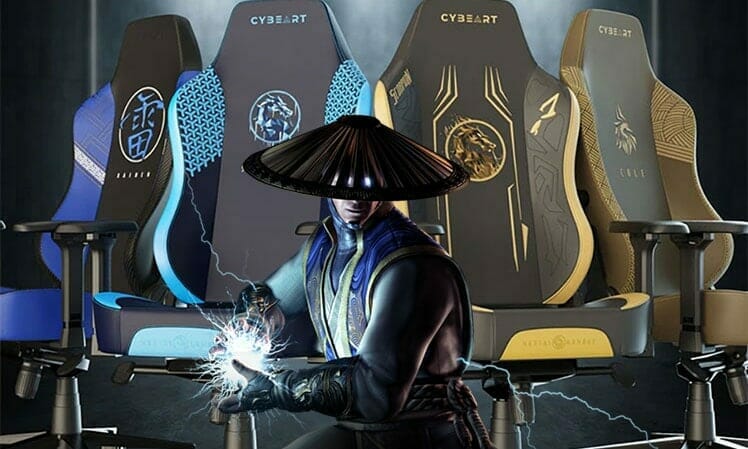 For comparables, check out our review of other officially licensed video game designs. For Canada-specific designs, check out our summary of best gaming chairs for Canadians. 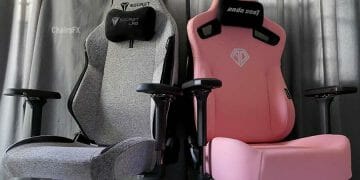 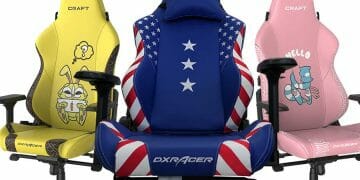 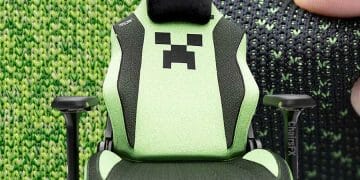