ChairsFX is reader-supported. Buying through links on our site may earn us commissions (as an Amazon associate or from furniture brands). This has no influence on our editorial content. See our Affiliate Disclosure for details.
Reading Time: 4 mins read

There are around 7.6 billion people on the planet. Around 2.7 billion of them play video games. A planetary race to ergonomically seat these gamers is heating up. Herman Miller released its line of gaming furniture last year. To help promote those products, the company recently partnered with mega-streamer Timthetatman.

Timthetatman (aka Tim Betar or TTM) is an American streamer in businesses since 2012. He has 6.4 million Twitch followers and 3.19 million Youtube subscribers.

Many chair brands partner with streamers. But few announce deals as elegantly as Herman Miller has done here. In fact, Tim had already been using an Embody chair before the partnership.

Even so, Herman Miller outfitted Tim with its complete gaming bundle. The point was to help the company better connect with gamers.

We’re excited to partner with Tim and his #tatmanarmy to generate a feedback loop of advice, tips, and ideas to help us make the next generation of gaming gear even better. Don’t be shy – let us know what you think.

Herman Miller likens the process to a ‘gear lab’. The stated mission is to create more healthful, relevant products for gamers.

Thus, it makes perfect sense to partner with a true fan who endorses its products anyway.

After a decade of streaming, Tim has developed a deep appreciation for high-end ergonomics. The Embody is his favorite chair. “Getting a chair like the Embody will change your gaming experience.”

He is most excited about the deal “because it shows that a big company like Herman Miller cares about what us gamers have to say.”

That likely means new product development tailored to gamers. “Gamers know what other gamers like so by getting feedback from us gamers, you get genuine feedback.”

The bottom line of paying for high-end ergonomics is more comfortable back support. Tim concludes: “As you get older you’re going to wish you had invested in a nice chair because when your job is sitting for long periods of time it can take a toll on your whole body…”

Most pieces in the bundle come with a 12-year warranty. The exception is the motorized legs in the Motia desk (5-year warranty).

Herman Miller after-care is rock-solid. Averaging cost over the length of the warranty shows great value for money:

Available for customers in America and Canada. Check out our Herman Miller Gaming Bundle review to learn more.

Timthetatman didn’t make our 2021 edition because he has fewer followers than others. Among the nine most-followed, five use the Herman Miller Embody chair. Those are:

Don’t be surprised if some of these names also sign on as Herman Miller ambassadors. Check out this article to learn more:

Ergo chairs used by the top streamers of 2021

What’s the difference between a ‘gaming’ chair and an ‘ergonomic office chair’? Gamified Herman Miller chairs have a little extra padding and a more gamer-friendly design. Otherwise, the ergonomic qualities are exactly the same.

You can also browse all classic edition chairs in the Herman Miller store. All models are available for sale and delivery in Canada and the United States. 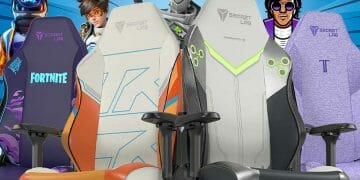 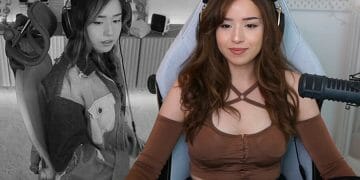