Soon, Blizzard Entertainment will release Shadowlands, the 8th World of Warcraft expansion pack. In advance of that, Blizzard has teamed with Secretlab on official WOW chairs. New Alliance and Horde seats give gamers a stylish new way to immerse themselves in the land of Azeroth. 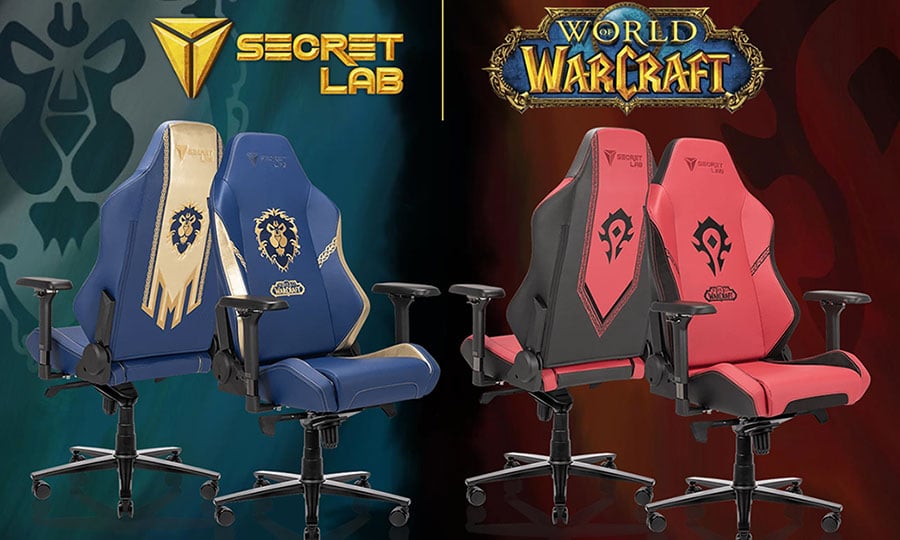 World of Warcraft is the world’s most popular MMORPG. That stands for “massively multiplayer online role-playing game”. WOW first came out in 2004. Since then, it has had seven expansions and peaked at over 12 million subscribers. To date, the game has generated over $9 billion in revenue.

Set in the fantasy world of Azeroth, WoW sends players on a series of epic quests. In the Shadowlands expansion, players travel to the afterlife. There, they must face an ancient force of death that threatens to unravel reality.

The new World of Warcraft chairs come in Secretlab Titan and Omega variants. This article explains the differences between the two chairs in detail.

The gist is that the Omega is a compact, slim-fitting chair with a velour lumbar pillow. In contrast, the Titan is a larger chair with a flat, wide seat. Instead of a lumbar pillow, the Titan employs a depth-adjustable internal lumbar support system. Turn a dial on the side of the chair to increase or decrease the depth of support.

Each chair style represents the Alliance or Horde factions. Inspired by the majesty of Stormwind City and the stark landscapes of Orgrimmar, these seats let players pay tribute to in-game allegiances.

In the USA store, Titan WOW chairs cost $489, while Omega chairs cost $449. World of Warcraft chairs are also available to buy in Canada, the UK, the EU, Australia, New Zealand, and Singapore. Clicking the link will redirect you to the appropriate Secretlab store.

The Omega Alliance chair is also available for $449. Both Titan and Omega versions are available in the USA, Canada, UK, EU, Australia, New Zealand, and Singapore. 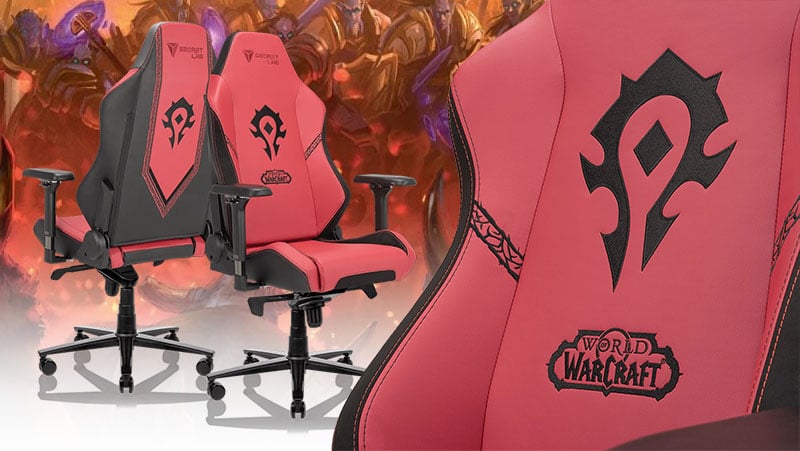 The WOW Horde edition comes in red leather with black trim. The Horde banner drapes over the rear of the backrest. Barbed spikes embroidered around the banner depict the grim rooftops of Orgrimmar.

The Omega Horde chair is also available for $449. Both Titan and Omega variants are available in the USA, Canada, UK, EU, Australia, New Zealand, and Singapore.

Should I Buy A Small, Medium, or XL Secretlab Titan Gaming Chair?